Join us on a life-changing pilgrimage in the Footstep of Jesus to the Holy Land.

When you embark on a journey to Israel, you will not only visit prominent historical sites, but you will also see the places where Jesus met with ordinary people and radically changed their lives. Be prepared to encounter God in a unique and special way that will leave you just as changed as the people in Biblical times.

Tour Host – Francois Carr, Executive Director of Heart Cry SA and and The Connected Life Ministries, speaker and author is an experienced group tour leader who has led more than 65 tours to the Biblical Lands, Britain and Europe. He will lead the group in short devotions from his latest book and teachings, The Connected Life which is based on the principles of the Life and Ministry of Jesus Christ as it relates to and impacts our lives today.

“Come ye, and let us go up to the mountain of the Lord, to the house of God 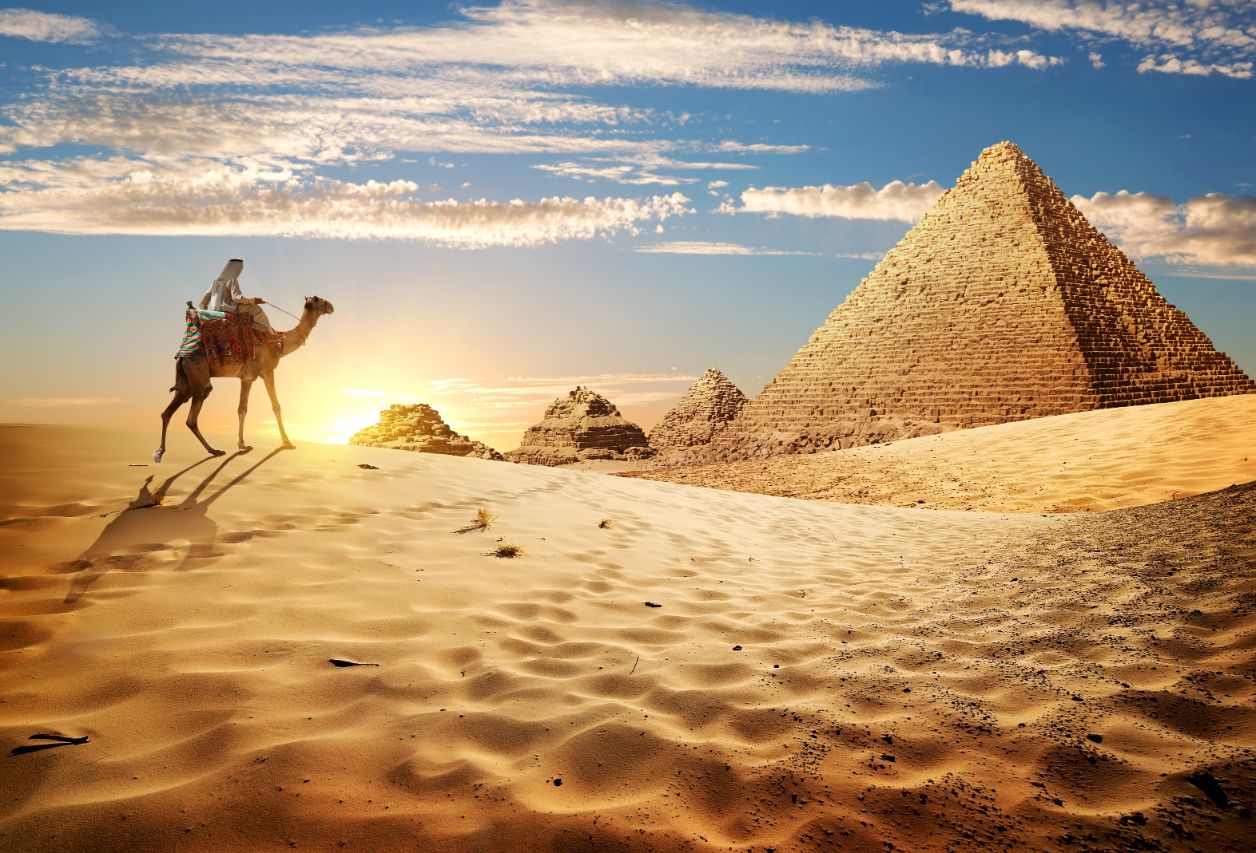 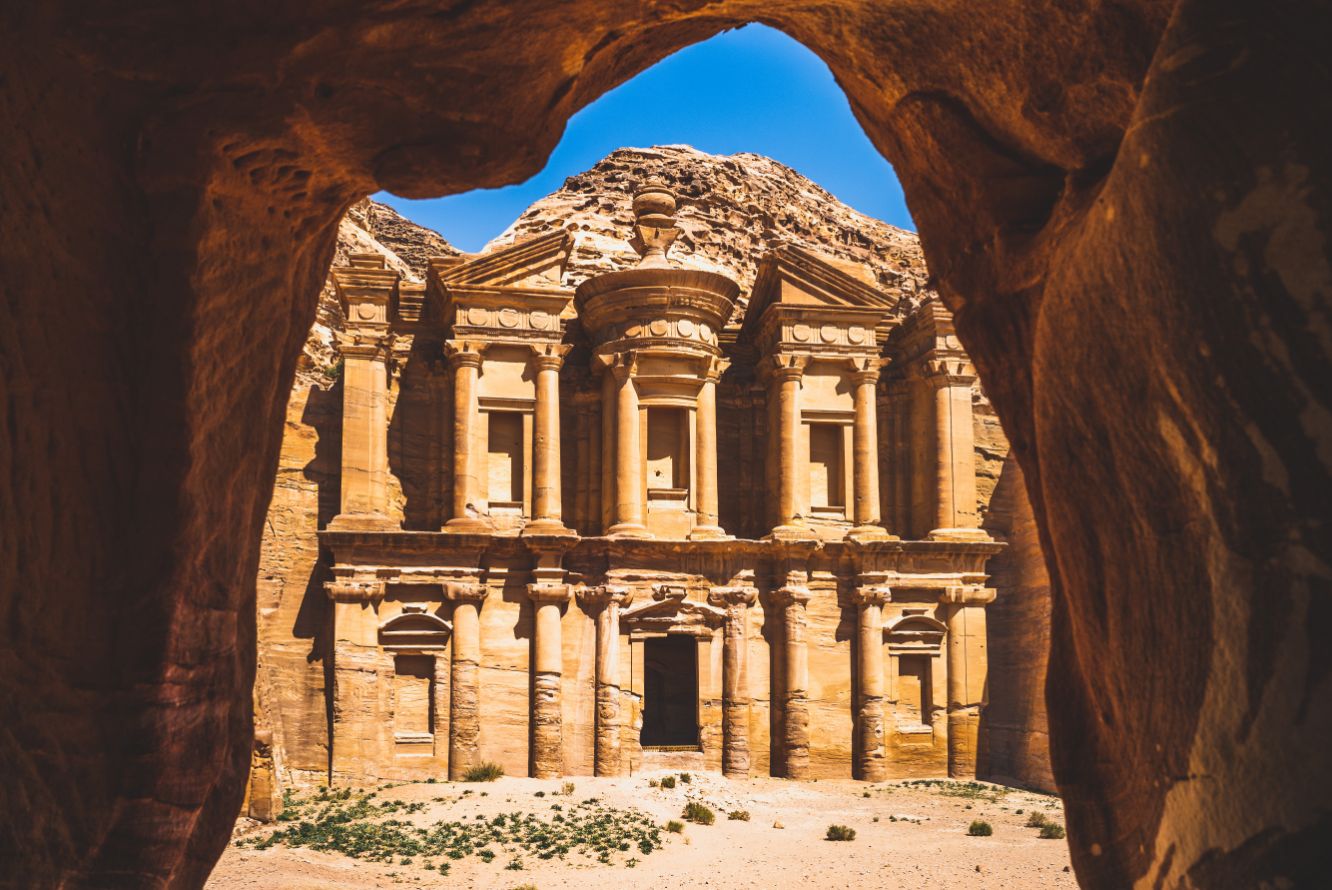 Rekindle the warmth of precious previous revivals as you travel through Britain and Europe.

Join us as we take a life-changing tour in the Footsteps of Revivalists and Reformers as we travel through Germany, Austria, Italy, Switzerland, and France and those places and sites linked with past Revivals.

Join us for a trip of a lifetime.  It provides you with the opportunity to visit Western Europe, the Passion Play at Oberammergau, and some of the places related to the Protestant Reformation. Stroll along cobble-stone lanes of rustic villages, visit magnificent cathedrals of medieval times and admire quaint churches. See inspiring vistas in the beautiful Bavaria region and enjoy Switzerland with all its prestige. Contemplate your Protestant heritage at the memorials of the apostles, great reformers and martyrs. Learn of the extraordinary events that have shaped Christianity in Europe and North America. Added benefits are the Christian fellowship, excellent food, and comfortable lodging you will experience.

During the fourteenth and eighteenth century, Europe lived in the shadow of Black Death, the most feared plague of that time. Cities, towns and smaller communities employed every means available to stop the spreading of the plague. Every person was a potential carrier of the plague and so the communities appointed gate keepers to keep unknown visitors from entering their towns. It was the only way they could keep the plague from spreading. The Black plague made its appearance again at the end of the seventeenth century and caused thousands to pass away. As many other towns, Oberammergau once again appointed gate keepers to protect their town’s inhabitants.

Kasper Schisler, an inhabitant from Oberammergau were contracted to work on a project outside of town. A church festival was scheduled to be held on the third Sunday of October 1632 and Kasper Schisler wanted to be with his family during that time. He managed to get past the gate keepers and quietly reunited with his family on the 18th of October 1632. Shortly after, he started to show signs of the illness and passed away. Consequently, many others got sick and the majority of the town’s people died. As a last resort, church leaders came together to discuss the urgent matter and to talk about possible solutions to the tragic circumstances.

The church leaders decided to make a vow to God. They vowed that they would perform the Passion Play, once every ten years, if God delivered them from the plague. They trusted God for their deliverance and so it happened. The script for the Passion Play performance was developed and adapted by the priest, Alois Daisenberger during the years of 1850 and 1960. The construction of the visual aids made according to the Old Testament is still being used today. Rochus Dwedler, a teacher in Oberammergau composed the music for the Passion Play in 1815. Till this day, the impressive choir still performs his compositions during the performance.

This tour was rescheduled to be held from the summer of 2021 to the summer of 2022 because of the COVID pandemic. Te Deum’s Liaison in Europe, Vered has implemented safety protocols to provide a healthy and happy tour experience. Vered offers a 2021 Peace of Mind Travel Plan for passengers on this tour and will keep passengers updated on the latest standards set forth by travel and health agencies across the globe, including the European Centre for Disease Prevention (ECDC), the U.S. Center for Disease Control (CDC), and the World Health Organization (WHO). 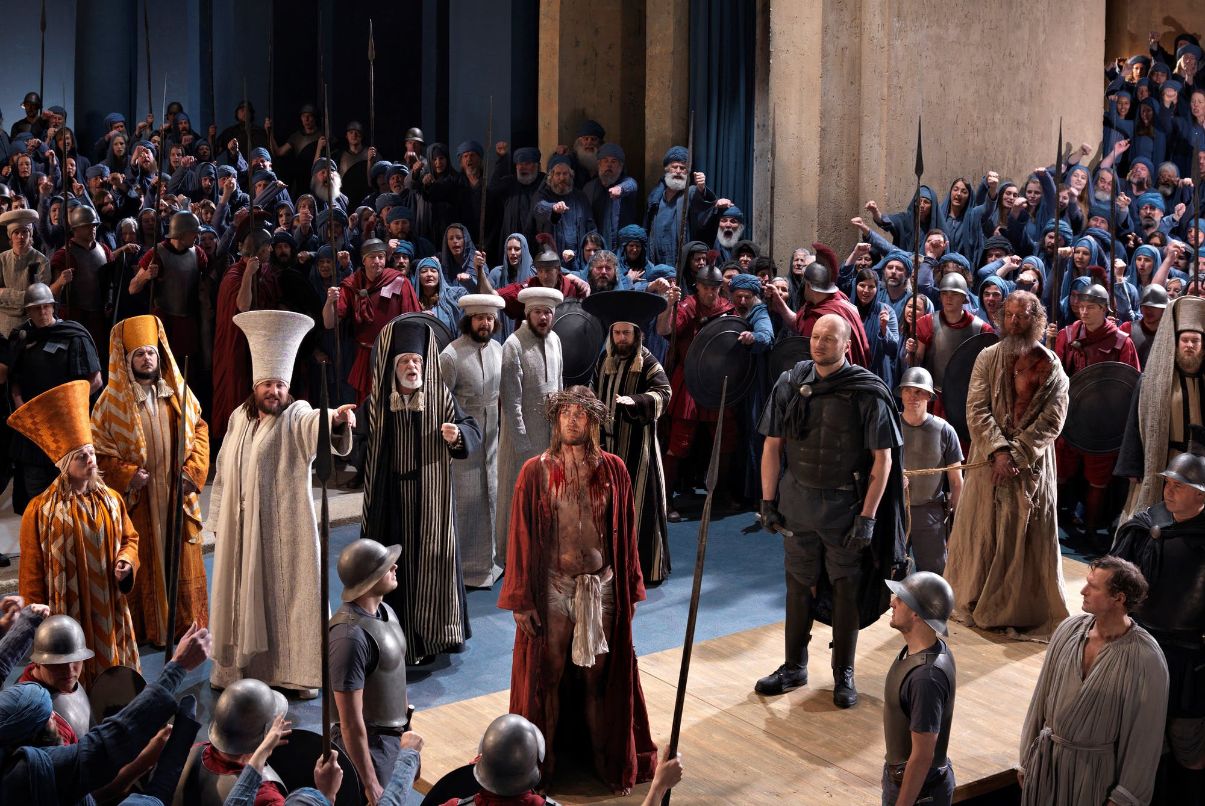 Join us for a once in a lifetime trip to Great Britain. We travel through England, Scotland, Ireland and Wales as we explore medieval castles, the beautiful countryside and sites and places related to our Christian Heritage. We learn of the lives of great revivalist and reformers, who were fundamental in the Revivals, Reformations and Spiritual Awakenings.

What is Revival? Revival is a season ordained by God in which the Holy Spirit awakens the Church to evangelize the lost, and the lost to become aware of their dire need of Jesus Christ. Revivals occur when God sweeps through a region in great power.

Tour Host – Dr. Francois Carr is an experienced group tour leader of Te Deum and Vered tours and has led more than 65 tours to Biblical Lands, Great Britian and Europe.  He will share some devotional thoughts from his book, Revival! The Glory of God, and of events that took place on site. 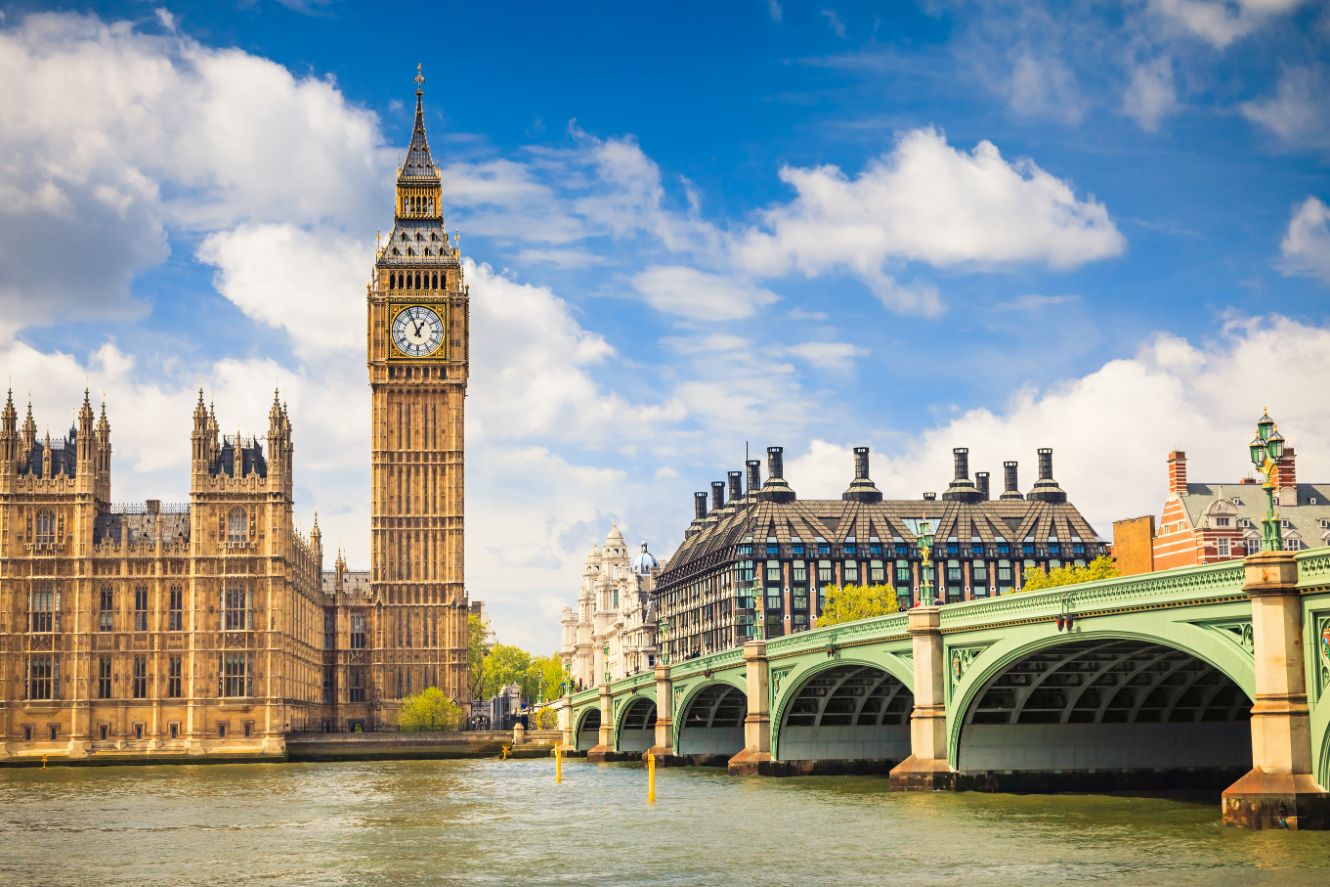 Many people of faith do not think of Turkey as a Biblical Land. But after Jerusalem was conquered by the Babylonians and the temple destroyed in 586 BC, many Christians were dispersed. Within two decades of Jesus’ death the gospel spread northward to Antioch. Here the disciples were called Christians for the first time. The three great apostles – Paul, Peter and John – are all linked with churches in Asia Minor (Turkey), Greece & Italy. In contrast to Jesus, whose public ministry was confined to an area not more than 150 miles (240 Km) in size, Paul, Peter and John had an area of ministry that extended over more than 1400 miles (2250 km) from Jerusalem to Rome.

Join us, as we walk in the footsteps of the Apostles & visit the Seven Churches of Revelation. We follow their missionary journeys as we draw from Luke’s account in Acts, as well as Paul, Peter and John’s letters. Come learn from their lives and become a “disciple in action.”

Tour Host – Francois Carr will lead the group in short devotions from his latest book and teachings, The Connected Life which is based on the principles of the Life and Ministry of Jesus and His disciples as it relates to and impacts our lives today. 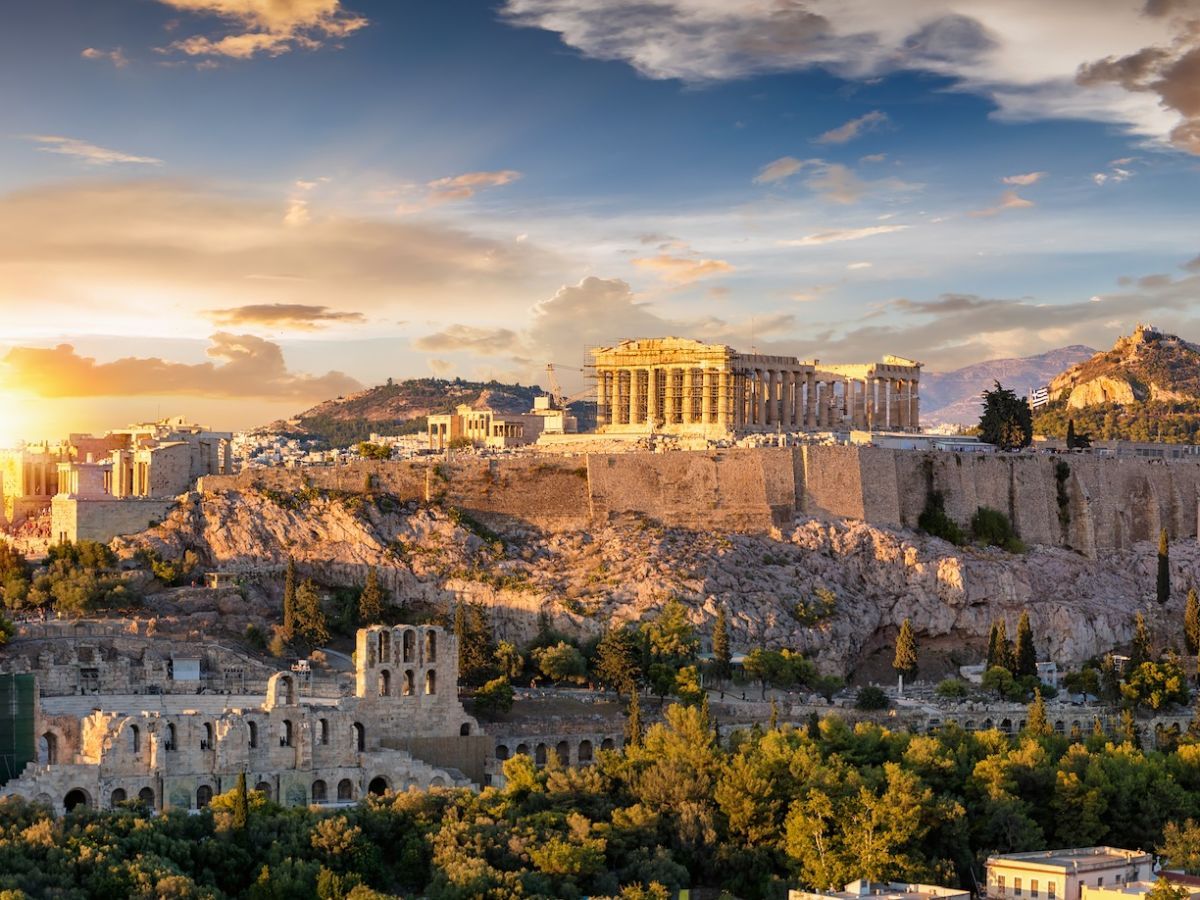 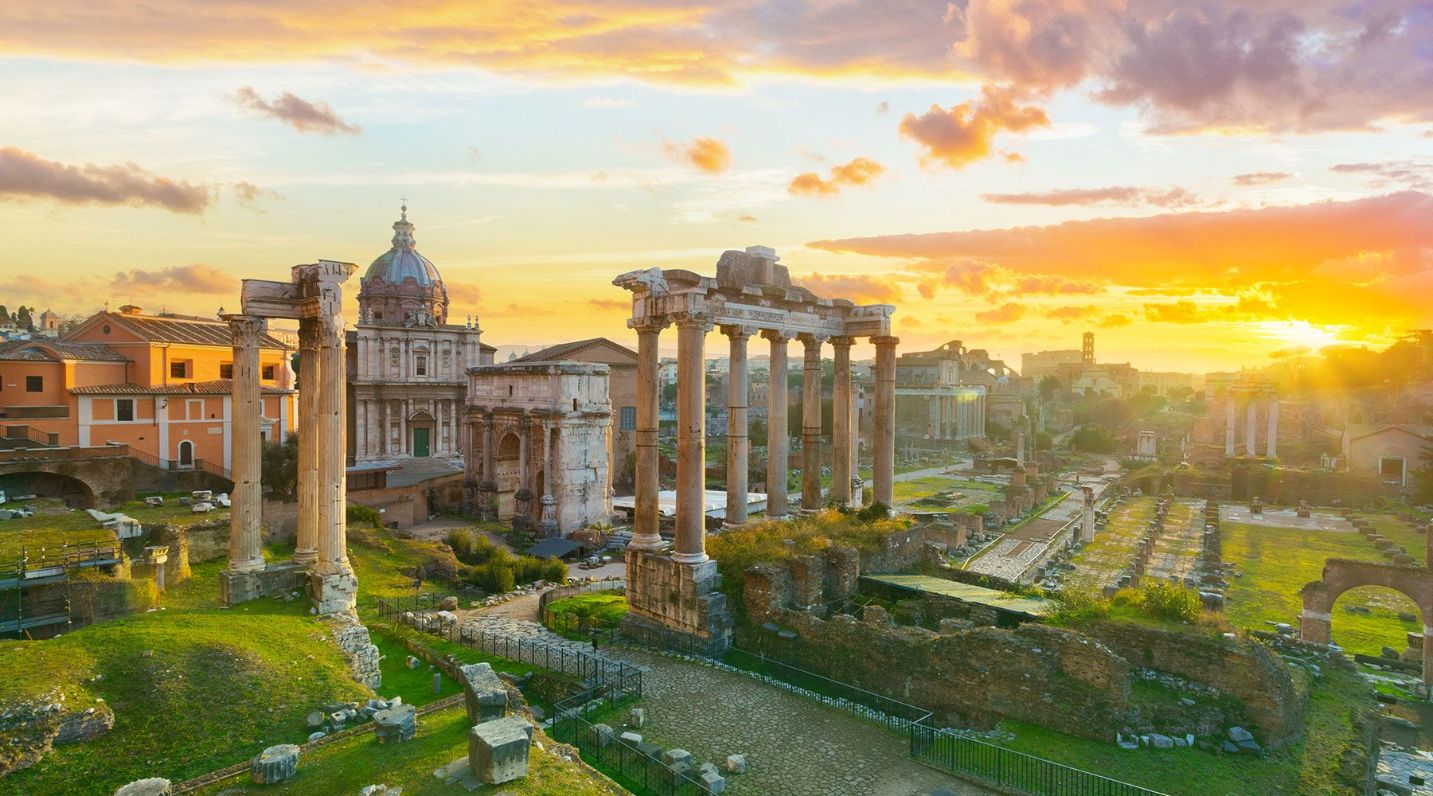 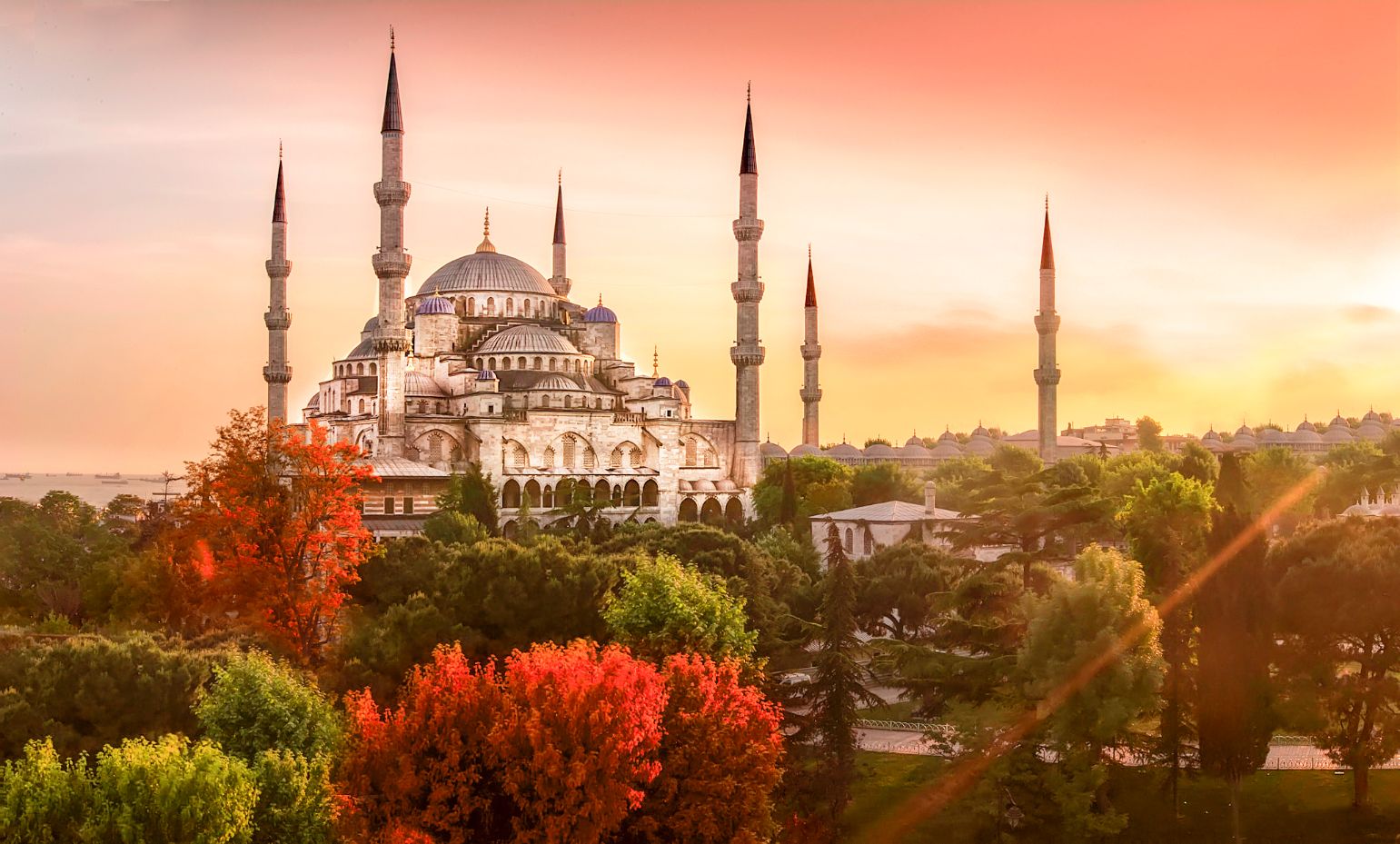 Contact us for registration and cost information regarding a specific upcoming tour.

Who is your Guide?

My wife, Dorothea, and I grew up in small towns and came from down to earth families. I never thought about travelling, much less to overseas countries. Between the two of us, my wife was the one who dreamed of seeing the world and experiencing different cultures. Early in our marriage during one of my quiet times, the Lord spoke to me about going to Israel. Soon after that, I had the opportunity to visit Israel. We were not able to go together on our first tour, so Dorothea urged me to go alone and learn as much as I could. When I returned from the trip, we prayed about going together, and that led to the founding of Te Deum tours, which means, ‘Thee, O God, we praise’ and felt that it should be the name of our small ‘tent maker’s’ business.

Since then, we have taken more than 60 groups of people to the places of the Bible, Revival and Reformation, and helped others to do the same. It has greatly enriched and blessed our family and ministry. Since then, my daughter, Leone and her husband, Werner, has become part of our team and has also led tours to the Biblical Lands and Europe.

Our tours are a spiritual journey more than a vacation, it becomes a personal pilgrimage in the footsteps of Jesus, Apostles and past revivalists. Seeing Biblical places with your own eyes, reliving the stories of those places, connecting them with your faith, and applying the truths to your life is what makes the difference. We have been blessed to see many transformations in the lives of people who went on tour with us.

The Lord Jesus yearns to reveal Himself as the living Lord to the human heart who seeks Him. He wants to express His love, demonstrate His power and work miracles anew in the lives of those who long for His touch. He promises in Jeremiah 29:13-14: “And you will seek Me and find Me when you search for Me with your whole heart. I will be found by you says the Lord’.

Join us as we take life-changing pilgrimages in the Footstep of Jesus and His disciples. These Holy Places not only hold the ruins of the world’s oldest civilizations but also symbolize the sacred relationship God has with the human race. Jesus encountered people and left them forever changed. We hope and trust that you will truly meet with the Lord as you embark on your Connected Pilgrimage. 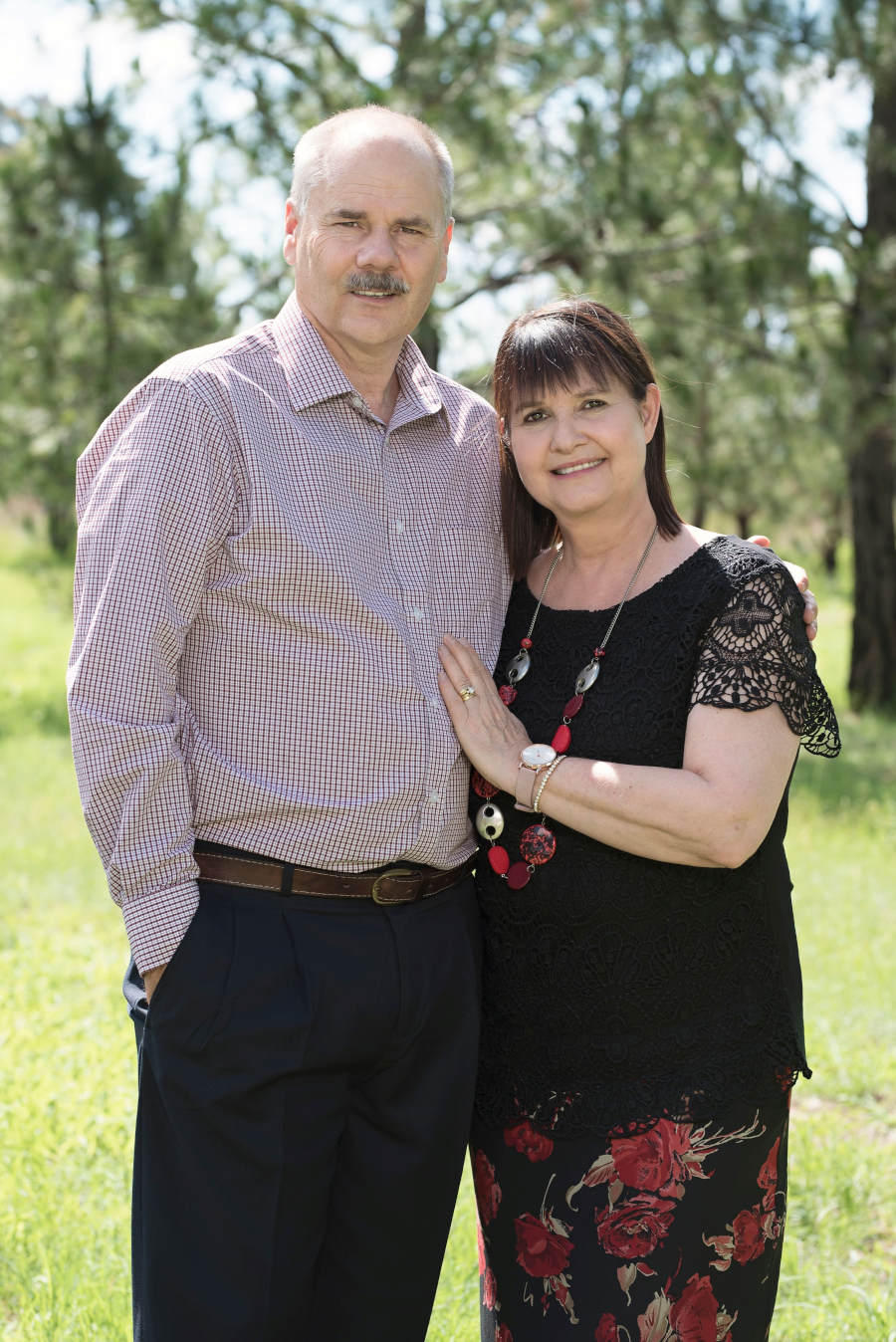 “I enjoyed my experience working with Francois Carr on an Israel tour. He is very experienced, extremely knowledgeable, and deeply impactful in his teaching”.

“You will be very pleased with Dr. Carr’s tours of Israel. I had never been to the Holy Land before and learned so much. My favorite part was the “nuggets,” spiritual jewels he shared with us at each site. Having lead hundreds of people on these tours, he has the connections to make your trip memorable for life. I cannot imagine going with anyone else”.

“My wife and I traveled to Israel with Connected Life Ministries in February 2019. As a Pastor it was an amazing experience that was greatly enhanced by the leadership of Dr. Carr. His Biblical knowledge along with his vast understanding of the land of Israel helped to bring the Bible to life. Dr. Carr has a unique gift to offer biblical insight while helping the participant make the connection to his/her spiritual life. Our travel to Israel was one of the most life changing events that we have ever experienced. If you desire to experience the beauty of the land of Israel, where the living Word of God walked and talked, and begin to make the connection of the land to the written Word that He has given, I highly recommend you travel with Connected Life Ministries”.

“In 2018 and 2019, I had the privilege of visiting Israel with Dr. Francois Carr. Words cannot express how profoundly both trips impacted my personal walk of faith and my ministry as a pastor. I was amazed at how walking in the paths of kings, prophets, and Jesus Himself enriched my understanding of the Bible. From the Dead Sea to Jerusalem, the Holy Spirit used the biblical settings and Dr. Carr’s biblical insights to enrich and renew my calling as a disciple of Christ.” “The trips were very well planned and organized. I was very impressed by the cleanliness of the hotels where we stayed, the delicious Israeli cuisine we were served, the top-rated buses we used as transportation, and the hospitality of all the tour guides. From start to finish, both trips, were simply wonderful.” “If you are considering a trip to the Holy Land, let me strongly encourage you to go with Dr. Francois Carr and the Connected ministry. You will truly be blessed!”